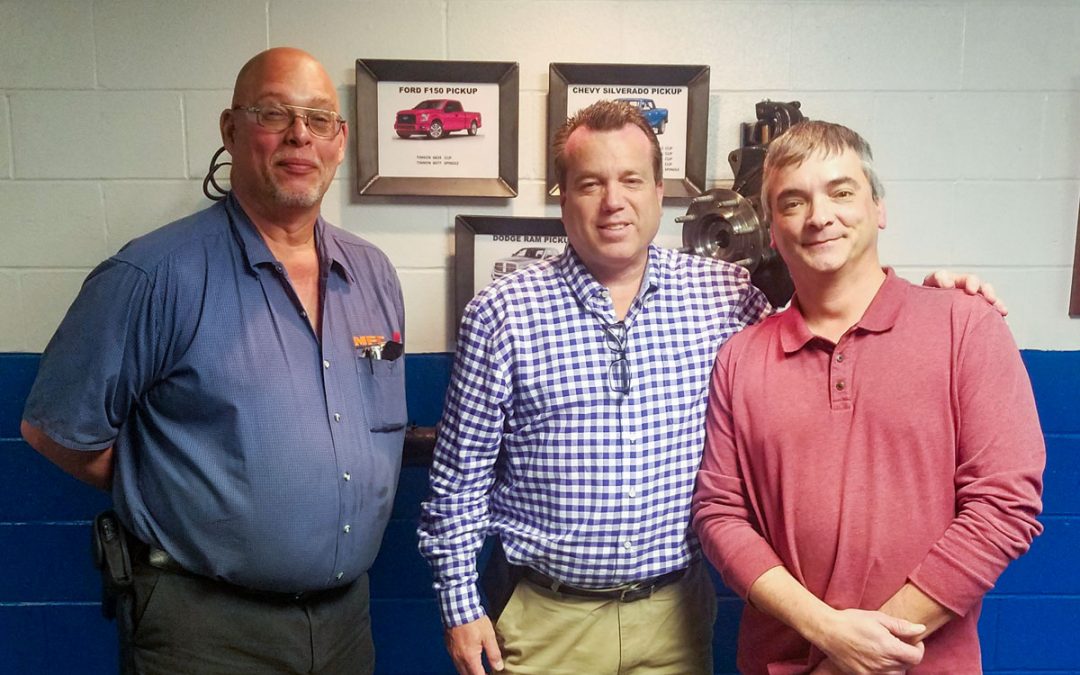 Dave started working at MFC when he was 19 years old. His family owned the 5M feed store which was located in the 5M building that the Forge currently owns. He began working at the family store (which is now MFC property) when he was 10 years old. This means he has been coming to work at this location for over 50 years. Dave started his career as a union employee and served as the local USW President before being promoted to Maintenance Supervisor. Dave is the backbone of the Forge.

Bill Biery started with MFC in November of 1988 as an electronic technician but Bill was drawn to the production department where he was a Press Operator before being promoted to Plant Manager. Bill appreciates that The Forge is a group of smart people that work hard to get the job done.  Bill has made many process improvements throughout his 30 years that have led to increased productivity, efficiency and improved safety standards and working conditions. Bill has without a doubt left his mark on the Forge!  When not working at MFC, Bill enjoys fishing aboard his boat for walleye on Lake Erie.

Joe Rich, Vice President of Quality and Operations said, “These two professionals are the embodiment of our team at The Forge. They constantly strive to promote safety, quality, and expertise to fellow employees and our customers!”